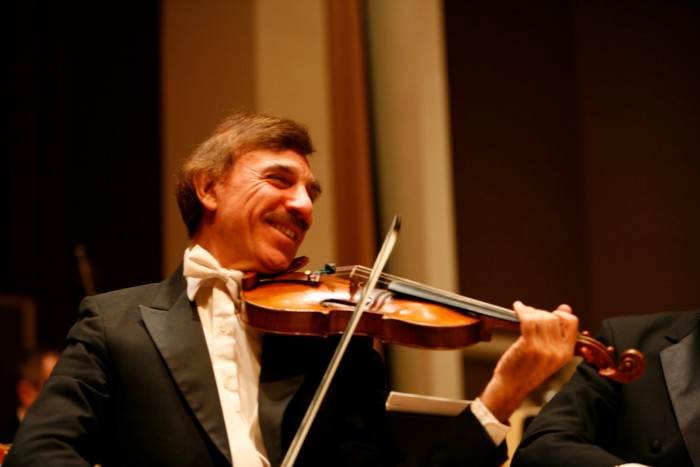 Did you know Carmel Symphony Orchestra’s Concertmaster, Larry Shapiro, was the first full-time music professor on Butler University’s campus and has been teaching there for thirty years now? Yes, indeed.

Mr. Shapiro joined Butler’s Jordan College of Fine Arts as a visiting professor in 1986 and joined the faculty as a professor of violin and artist-in-residence the following year. Each year he gives a recital at Eidson-Duckwall Recital Hall.

This year he will be treating Butler students and the public to two recitals. One Tuesday, October 25, 2016 at 7:30 p.m. and another this spring, both featuring 1756-1856: From Mozart’s Birth to Schumann’s Death.

Both recitals are free and open to the public. Please come listen to the beautiful music and see Mr. Shapiro in the extraordinary setting of Butler University. “Butler is the greatest institute of its kind in the country. I’d put it up against anyone. I truly love being a part of such a great music school,” says Shapiro.

Mr. Shapiro also encourages you to mark your calendar for the next CSO concert, Verdi’s Requiem, on November 12, 2016 at 7:30 p.m. “It’s going to be an amazing concert. A great choral work and very operatic. Verdi’s greatest work of its kind,” says Shapiro.