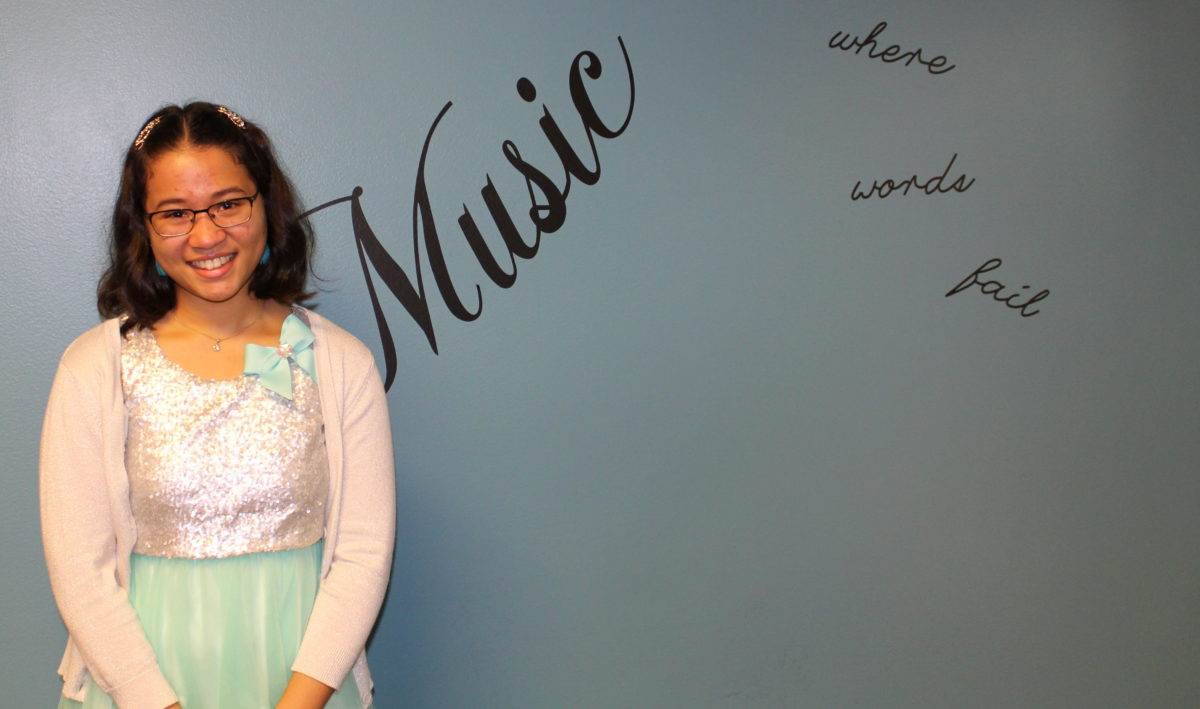 “I am thrilled to win the CSO’s Young Artist Competition because this is going to be my very first time performing with an orchestra,” says

Murphy. “It is my hope to be an ambassador for the harp and to encourage young children, and adults alike, to consider studying the harp. Harp is not perhaps very well known to most people, and I hope to introduce it to many people.”

Murphy began studying piano at age four and the harp at age seven.  She is now a student of Professor Elżbieta Szmyt in the Indiana University Jacobs School of Music Pre-College Harp Program. In addition to harp, she enjoys singing in the Indiana University Children’s Chamber Choir, where she recently collaborated in composer Krzysztof Penderecki’s St. Luke Passion at the Jacobs School of Music. The second oldest of six children, she enjoys caring for her younger siblings and performing chamber music with her family. She also is an avid reader who is greatly interested in studying Japanese and Japanese culture, especially after her family’s three-month stay in Japan in 2015. In her spare time, Murphy enjoys spending time together with her siblings, baking cheesecakes and making handmade cards using beautiful Japanese origami. The piece she performed for the 2017 CSO Young Artists Competition was Concerto for Harp and Orchestra, Op. 74 by Reinhold Gliére.

She performed her first solo harp recital in 2016 and has performed in master classes of world-renowned harpists Susann McDonald, Elizabeth Hainen and Sivan Magen.  She has performed in several special venues, including the 13th World Harp Congress in Hong Kong, where she was featured in its Focus on Youth concert series which showcases promising young harpists from around the world, the 2013 Stars of Tomorrow concert event during the 9th USA International Harp Competition, the 2016 Interlochen Summer Arts Camp, as principal harpist in the Interlochen Intermediate Symphony Orchestra and the 2017 Illinois Summer Harp Class with Dr. Ann Yeung, where she performed in the Young Talents Recital.  She also has performed with the Indiana University Wind Ensemble and the Bloomington Symphony Orchestra.

“Renée is an amazingly talented young harpist. It will be a joy to hear her perform for all of us at this month’s Family Fun! Concert,” said Dr. Alan Davis, CSO President and CEO.

As the first place winner, Murphy will perform with the CSO at the Family Fun! Concert on February 25, 2018 at the Palladium. She also receives a scholarship award of $1000, made possible by the generous sponsorship from the Meridian Music. The concert is sponsored by the CSO League. This year’s Young Artist Competition runner-up contestants include Yorktown High School Freshman Maya Kilburn (vionlist) playing Introduction and Rondo Capriccioso by Camille Saint-Saëns and Carmel High School Senior Phillip Shou (pianist) playing Piano Concerto in A minor, Op. 54 by Robert Schumann.

Family Fun! Concert tickets can be purchased by visiting CarmelSymphony.org or by calling the Center’s Box Office at 317.843.3800. Discounts for students are also available: the $5 YouthPASS for High School and younger, and the $10 CollegePASS for College students. Additionally adult tickets for the Family Fun! Concert are only $20. For more information, visit CarmelSymphony.org.

The CSO Young Artist Competition encourages and affords student musicians who reside within the State of Indiana the opportunity to compete with their peers at the highest level of artistic excellence. This year’s event marks the competition’s 37th year.