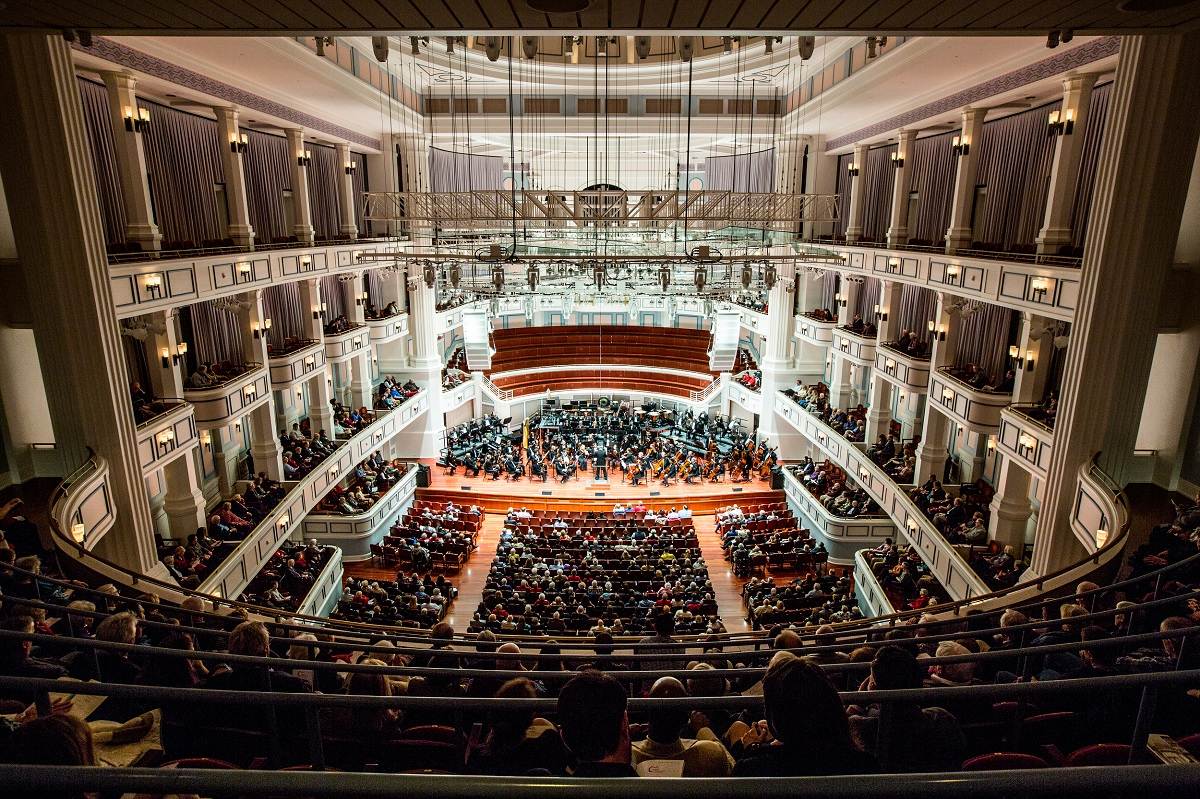 Season subscription tickets are now available for the Carmel Symphony Orchestra’s (CSO) 42nd Season as its new music director, Maestra Janna Hymes conducts the artistically talented family of CSO musicians as well as special guest artists.  Appearing with the CSO this year will be the 2017 APA/Christel DeHaan Classical Fellow as well as a silver medalist for the International Violin Competition of Indianapolis. All concerts are performed at The Palladium at The Center for the Performing Arts where the orchestra is the resident orchestra.

“I look forward to the upcoming 2017-18 season, my first as Music Director of the Camel Symphony Orchestra,” says Hymes. “We will be performing a selection of varied repertoire featuring the great musicians of the orchestra, as well as celebrated soloists.  I encourage the community of Carmel to visit The Palladium to hear a concert of the CSO, and please come by and introduce yourself to me.”

Hymes, a former assistant conductor with the Indianapolis Symphony Orchestra,currently serves as music director for the Williamsburg Symphony Orchestra of Virginia as well as the Maine Pro Musica Orchestra. She makes her CSO debut with Orchestral Showcase on October 14. The evening highlights the orchestral strengths of the CSO, with pieces like Barber’s Adagio for Strings and Beethoven’s Symphony No. 3 in E-flat Major “Eroica.”

November 11, the CSO is proud to premier Drew Petersen who makes his first concerto appearance in Central Indiana since being named the 2017 APA/Christel DeHaan Classical Fellow. At December’s IU Health Holidays, the CSO welcomes the return of guest conductor Charles Prince as the orchestra celebrates the season with a family friendly concert tradition.

Described as “one of the most captivating artistic voices of our time,” violinist Tessa Lark performs with the CSO on February 10. Silver Medalist at the 9th Quadrennial International Violin Competition of Indianapolis, Tessa takes part in one of the most eclectic programs of the season, including Michael Thurber’s world premiere of “Love Letters,” an original composition that pays homage to Lark’s Kentucky roots with a little bit of “fiddle” as well as other musical genres.

March welcomes the return of pianist Sean Chen, a former APA fellow and favorite with CSO audiences. This very special season comes to a grand finale in April as the CSO features its own Concertmaster, violinist Larry Shapiro. Shapiro, a full-time professor of violin and artist-in-residence at Butler University, has served as the CSO Concertmaster since the 2005-2006 season. He has toured as a soloist with the American Ballet Theatre as well as touring as first violinist for the White Oak String Quartet with Baryshnikov. He has served as Concertmaster for numerous orchestras including the New York Philharmonia, the Grand Teton Music Festival and the Columbus (Ohio) Symphony.

As always, the CSO strives to connect audiences of all ages to the power of music with popular family-centric events such as the Family Fun! Concert with an instrument petting zoo, the Sounds Exciting Concert for area elementary school students, and the CSO Young Artist Competition returning for its 37th season.

Additionally, concert goers can enjoy “Music Matters,” free pre-concert, behind-the-scenes conversations featuring the concert’s guest artist and conductor in a relaxed atmosphere. In these informal discussions, audience members are made privy to interesting facts about the evening’s composers and their music.