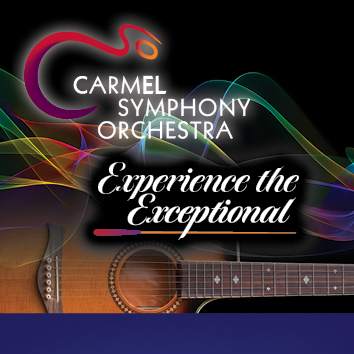 CARMEL IN — Carmel Symphony Orchestra (CSO) has announced several changes to its season schedule due to the current surge of COVID-19 Omicron variant cases.

The orchestra – a resident company of the Palladium at The Center for the Performing Arts – is in the middle of its 2021-22 season. In the interest of safety for all, five upcoming concert dates are being postponed:

“Three of the affected concerts are our family concerts,” stated Robert Schlegel III, Chairman of the CSO Board of Directors. “Normally, at Family Fun and Side-by-Side, young people are actually on the stage with our musicians, literally side-by-side with them. With the current COVID surge, and with so few among the younger age groups vaccinated, or even able to be vaccinated, our board determined that this probably isn’t the best thing to be doing at this time.

“Hopefully, the peak of this particular surge will be reached over the next month or so, and by the time we resume our concerts, we’ll be on the down side of Omicron,” Schlegel added.

Masterworks 4 on Saturday, March 12, and Masterworks 5 with guest artist Edgar Meyer on Saturday, April 23 will be CSO’s next concerts, both at the Palladium at 7:30 pm. The Family Funconcert, originally set for January 23, has been rescheduled for Saturday, May 14, 3 pm at the Palladium. The other concerts affected by the temporary pause, including Serpentine Fire: the Music of Earth, Wind and Fire, will be booked for the 2022-23 season.

Cara Pittenger, CSO Executive Director, says a ticket refund policy has been put into place. “Patrons holding tickets for the postponed events can elect to donate their ticket amount to the CSO, or obtain a refund by calling the box office at 317.843.3800,” she said, adding that those who decide to make the contribution to the orchestra “will be greatly appreciated by the organization.”

The CSO’s 46th season got off to a rousing start back in early September when the orchestra teamed with Hamilton County Parks to present Classical Mystery Tour: the Music of The Beatles in front of a 1600-person capacity audience outdoors at Coxhall Gardens’ Centerpiece amphitheater. That concert was followed a week later by a Symphony Uncorked performance at Martinsville’s Cedar Creek Winery. The season made its way to the Palladium stage in early October with the orchestra’s Masterworks 1 program with guest artist Orion Weiss.

A Masterworks 2 performance at the Palladium followed in early November, and two well-attended Holiday Pops concerts with Hoosier singer/songwriter Jon McLaughlin were presented in mid-December at Westfield High School Auditorium.

“During our temporary absence from the stage, we invite our fans to keep in-touch and up-to-date on orchestra activities via our website (CarmelSymphony.org), our e-blasts and through postings to our social media platforms,” said Pittenger.