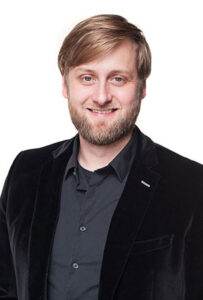 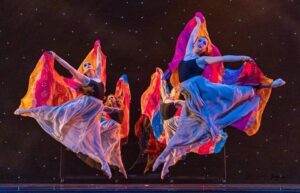 Zachary DePue has established himself in concert venues around the world delivering virtuosic high-energy performances. He demonstrates command as a leader, soloist, collaborator, and improvisational artist reaching across a diverse landscape of music. His authentic warmth and generosity on stage invites audiences to join him in all his explorations.

DePue became one of the youngest concertmasters in the country when he was appointed to the Indianapolis Symphony Orchestra (ISO) in 2007. For more than a decade, DePue served the orchestra as a passionate and dedicated leader both in and outside the concert hall. He was named a member of the Stanley K. Lacy Executive Leadership Series, connecting Indianapolis’ emerging leaders to the issues and needs of the community.

DePue rose to international prominence as a founding member of Time for Three, with whom he performed for 15 years. During his tenure with the category-defying trio, he made numerous tours and gave high-profile appearances, including a performance on the 2014 semifinals round of ABC’s Dancing with the Stars. They were the ISO’s first ensemble-in-residence, charged with introducing new audiences to the symphony experience and breathing fresh creative life into the orchestra’s Happy Hour Concert Series. DePue recorded four albums of original music and arrangements with Time For Three. Their 2014 release featured collaborations with ukulele phenom Jake Shimabukuro on “Happy Day,” the uplifting DePue-penned opening cut; saxophonist Branford Marsalis in the rollicky original “Queen of Voodoo;” cellist Alisa Weilerstein in a quartet version of Rachmaninoff’s “Vocalise;” and singer/songwriter Joshua Radin in four of his early songs. The trio members were active creative partners in the commissioning of new pieces which were vehicles for collaborations with orchestras and the ensemble. Composers Jennifer Higdon, William Bolcom, and Chris Brubeck each contributed substantial pieces leading the trio to performances with orchestras across the country including the Philadelphia Orchestra, Indianapolis Symphony Orchestra, Pittsburgh Symphony Orchestra, Baltimore Symphony Orchestra at their home venue and for their 2013 Carnegie Hall appearance, Chicago Symphony Orchestra at Ravinia, Wheeling Symphony, Brevard Festival Orchestra, among many others. The Trio also recorded Higdon’s Concerto 4-3 with the Forth Worth Symphony Orchestra and appears on their 2012 Take Six release.

DePue’s earliest introduction to the stage came through performances with his family. He is the youngest of four brothers—all violinists—who make up The DePue Brothers Band, an eclectic ensemble that blends bluegrass and classical music, with elements of jazz, blues and rock. DePue graduated in 2002 from the Curtis Institute of Music in Philadelphia, where he served as concertmaster of the Curtis Symphony Orchestra and studied with renowned violinists Ida Kavafian and Jaime Laredo. He is a former member of the Philadelphia Orchestra where he performed in the first violin section for five years. He performs on a violin made by Giuseppe Rocca of Turin, Italy, in 1846.