Fanfare for a New Era 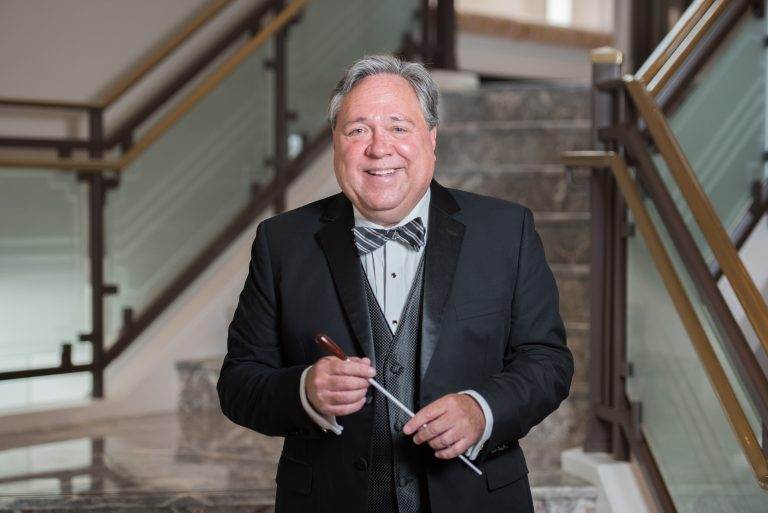 Fanfare for a New Era

Our 2017-2018 Carmel Symphony Orchestra (CSO) season kick-off on Saturday October 14, 2017 is slated to be an evening full of beautiful music and special CSO moments.

The inaugural concert of the CSO’s 42nd season steps away from a traditional “featured guest artist” format and allows the orchestra and its new conductor to shine musically. The approach, programmed by George Zack, former music director of the Lexington Philharmonic, seemed appropriate for this season’s opener.

CSO Board Member and House District 39 Rep Jerry Torr will start the evening by conducting an original score composed long ago when he was a 20-something music student with a passion for composing.

The piece, titled “Fanfare for a New Era,” which includes jazz undertones, will open the concert and lead into an introduction of the new CSO Music Director, Janna Hymes, to the audience. “The first time you stand up and conduct an orchestra upon notes that you have written is an amazing experience,” said Torr. “I can only imagine what it will feel like at the Palladium, along with having the honor of introducing our new conductor. It’s going to be an exhilarating evening.”

“The excitement of Jerry conducting ‘Fanfare for a New Era’ is a perfect lead in to introducing our new CSO Music Director, Janna Hymes, to the community. It sets the stage for the rest of the season,” said Dr. Alan Davis, CSO President and CEO.

Hymes, a former assistant conductor with the Indianapolis Symphony Orchestra and most recently music director for the Williamsburg Symphony Orchestra of Virginia as well as the Maine Pro Musica Orchestra said, “It is an indescribable feeling to be opening the season as the new Music Director of the Carmel Symphony Orchestra at the Palladium with an absolutely wonderful and memorable program. Carmel is a wonderful place for arts and culture, and has an incredible hall… and, what an honor to be introduced by Jerry Torr. I hope the community will come out to support their home town orchestra and say hello after the concert.”

As Hymes takes the stage for the remainder of the concert, concert goers will enjoy everything from the familiar notes of Grieg’s Peer Gynt Suit No. 1 to Brahms’ joyous and lyrical Academic Festival Overture and the musical prowess of the entire orchestra takes the spotlight. Additionally, Barber’s emotional “Adagio for Strings” will illustrate the expertise and lushness of play within the CSO string section. While the CSO has played many of Beethoven’s pieces throughout the years, it has been some time since performing his extraordinary Symphony No. 3 in E-flat Major.