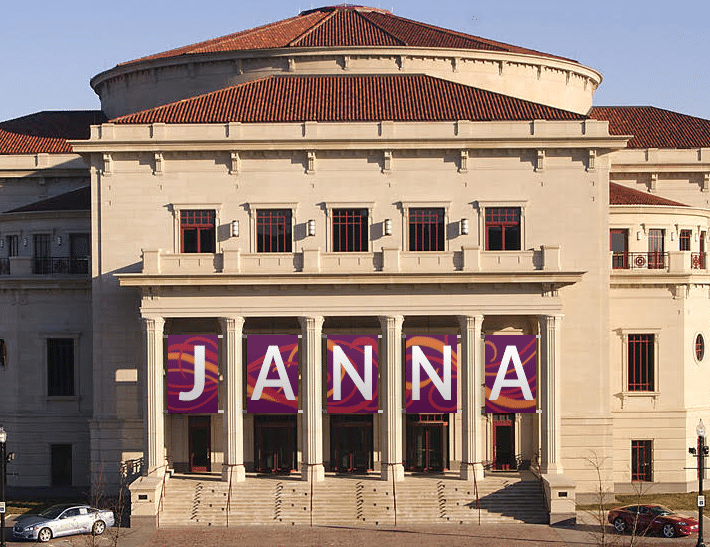 Janna Hymes and the Carmel Symphony Orchestra (CSO) bring in a new era of orchestral excellence with the season’s opening concert, “Clay Township Orchestral Showcase,” on Saturday, October 14 at 7:30 p.m. at the Palladium, with a pre-concert conversation, “Music Matters,” at 6:45 p.m.

“We are elated with the addition of Janna Hymes to the Carmel Symphony Orchestra, and we are confident in her abilities to lead the orchestra to a new level of artistic excellence,” said Alan Davis, executive director for the CSO. Hymes was named to her post with the CSO late last spring. She serves as the music director for the Williamsburg Symphony Orchestra of Virginia as well as the Maine Pro Musica Orchestra that she founded in 2008.

The inaugural concert of the CSO’s 42nd season steps away from a traditional “featured guest artist” format and allows the orchestra and its new conductor to shine musically. The approach, programmed by George Zack, former music director of the Lexington Philharmonic, seemed appropriate for this season’s opener.

“As I’ve gotten to know this orchestra, it’s evident that they are an extremely talented group. I have looked back over the last several years of programming as well as asking the orchestra, ‘What would you like to play?’ In introducing Janna as our new music director and conductor, I argued that the orchestra and Janna should be front and center with the program selections illustrating their strengths,” said Zack.

The season begins with an original fanfare entitled “Fanfare for a New Era” composed by CSO Board Member Jerry Torr, who will also conduct his piece. Music Director Janna Hymes then takes the stage for the remainder of the concert. From the familiar notes of Grieg’s Peer Gynt Suit No. 1 to Brahms’ joyous and lyrical Academic Festival Overture, the musical prowess of the entire orchestra takes the spotlight. Barber’s emotional “Adagio for Strings” well illustrates the expertise and lushness of play within the CSO string section. While the CSO has played many of Beethoven’s pieces throughout the years, it has been some time since performing his extraordinary Symphony No. 3 in E-flat Major

Hymes enthusiastically embraces the programming of this inaugural concert and looks forward to meeting audience members prior to the event during “Music Matters” (a free, pre-concert conversation with the conductor in a relaxed atmosphere) and afterwards during a post-concert meet-and-greet.