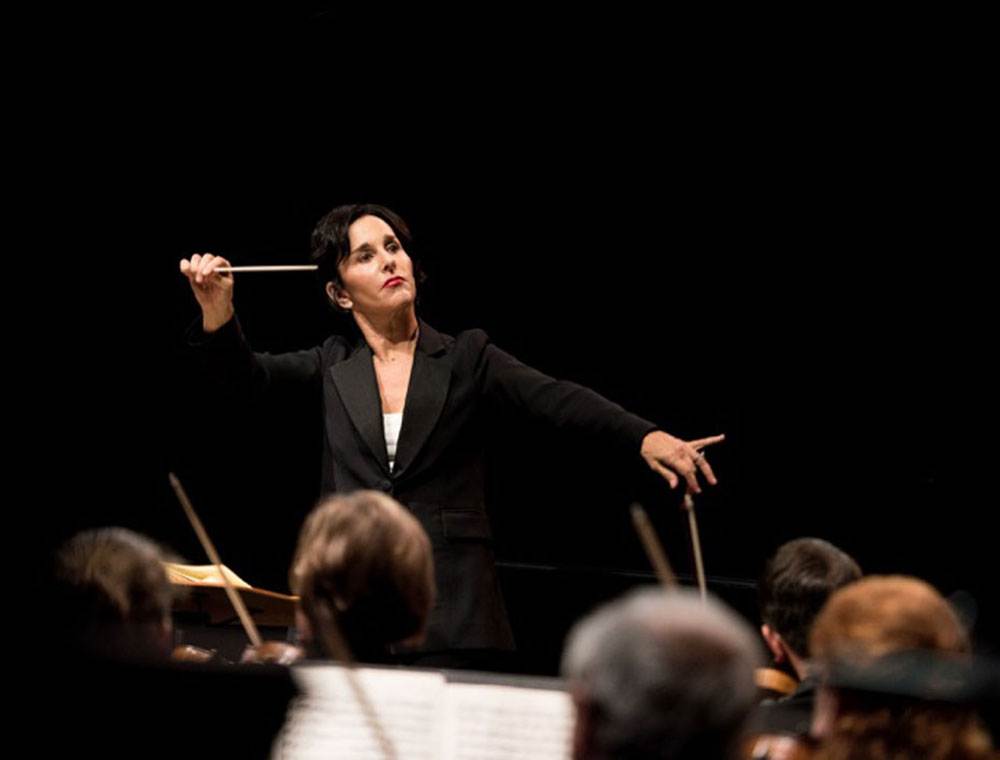 (Carmel, Ind. – May 12, 2017) Following an extensive national search for its next music director and conductor, Janna Hymes has been selected to fill that position for the Carmel Symphony Orchestra (CSO).

“We are absolutely delighted to welcome Maestro Hymes to our organization,” said CSO President and CEO Alan Davis. “The caliber of talent and dedication became increasingly evident through the selection process. I can think of no one better to lead the CSO into new heights of artistic excellence.”

“I am extremely honored to be the new Music Director of the Carmel Symphony Orchestra,” said Janna Hymes. “From the moment I arrived, I felt at home with this orchestra that nurtures artistic creativity and community. The orchestra played a wonderfully brilliant concert. I look forward to sharing many fantastic musical experiences with the orchestra and community of Carmel.”

Hymes has served as the music director for the Williamsburg Symphony Orchestra of Virginia since 2004 as well as the Maine Pro Musica Orchestra that she founded in 2008. Local audiences may remember her as Associate Conductor of the Indianapolis Symphony Orchestra. Born in New York City, Janna Hymes is a Fulbright scholar. She studied under such prominent conductors as Leonard Bernstein and Gunther Schuller. She holds degrees from the University of Wisconsin-Madison and the College-Conservatory of Music of the University of Cincinnati.

Hymes was selected as one of three finalists from more than 130 applicants by the Carmel Symphony Orchestra’s Music Director Search Committee comprised of four CSO musicians, four board members and three community stakeholders. She conducted the April 8 CSO performance as one three finalists and received overwhelmingly positive evaluations from audience members and the selection committee as well as a majority vote among the CSO musicians.

“We are particularly proud that our orchestra members chose Janna Hymes as their new conductor and could not be more pleased with the selection.” says Luci Snyder, CSO board member who chairs the search committee. “She will not only continue the outstanding artistic reputation of the CSO, but she sets us on a path to become a leader in regional orchestras throughout the country.”

Hymes officially begins her duties as conductor of the 2017-18 season on July 1. Her debut performance as music director and conductor takes place October 14 at the Palladium at the Center for the Performing Arts. Season ticket subscriptions are now available at carmelsymphony.org/concerts-tickets/subscriptions.

About the Carmel Symphony Orchestra
Believing that music has the power to change lives, the Carmel Symphony Orchestra (CSO) is the 85-member resident orchestra at the Palladium at the Center for the Performing Arts in Carmel, Ind. Founded in 1975, the CSO is comprised of highly trained musicians, both paid and volunteer, who annually perform a subscription concert series featuring an eclectic repertoire of some of the world’s greatest symphonic music. The CSO is committed to enhancing our community’s quality of life through creative, artistically excellent performances and educational experiences for diverse audiences of all ages. For more information, visit CarmelSymphony.org.