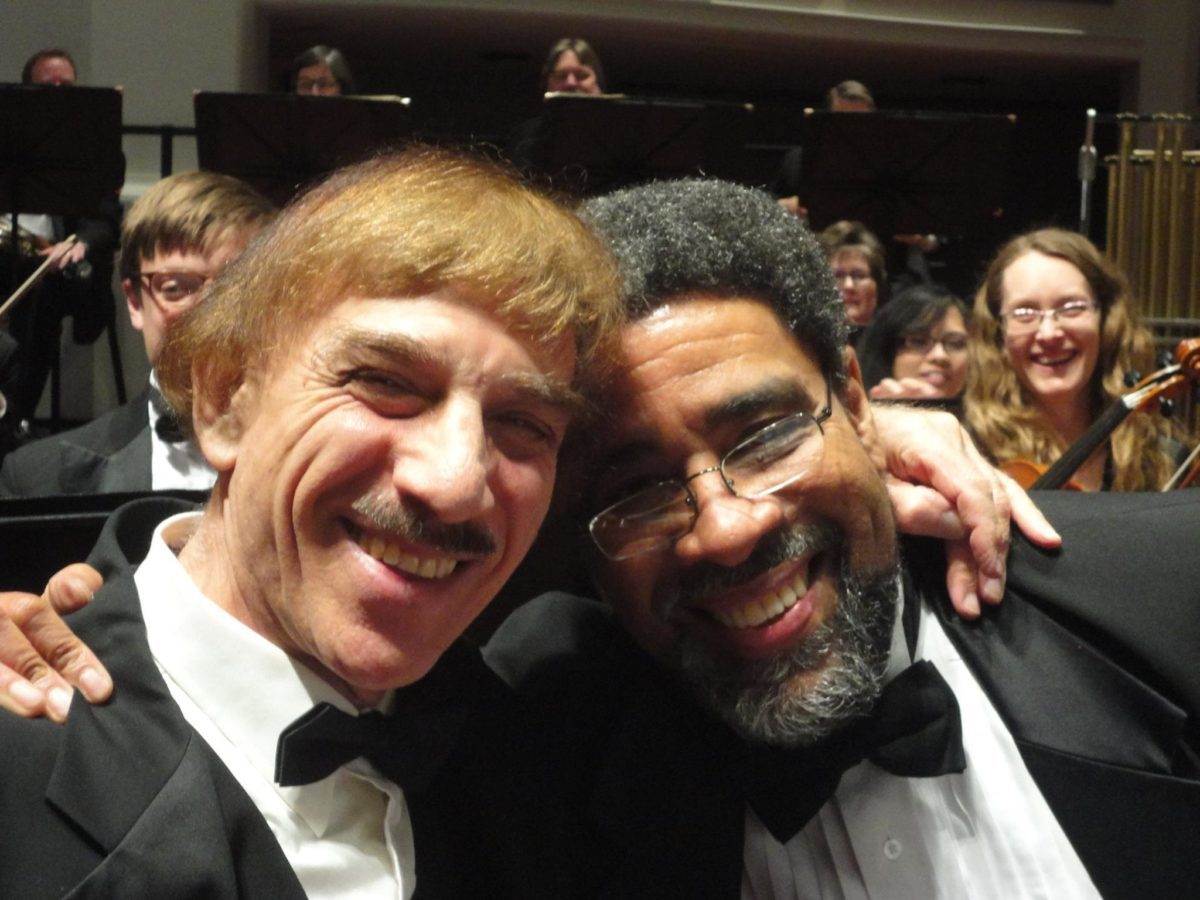 Beautiful Music and the Best of Friends

For the Carmel Symphony Orchestra’s (CSO) Associate Concertmaster, Jesse Hawkins, it all began with a love for beautiful music and a best friend. One St. Patrick’s Day a few years back Jesse was a fill-in for his dear friend of 30 years, CSO Concertmaster, Larry Shapiro. After being so very inspired by the CSO family of musicians and nailing that performance, Artistic Director David Bowen offered him the position of CSO second chair, sitting next to his dear friend, Larry.

However, to hear Jesse tell the story, it’s all due to the very generous recommendation of his friend – the most kind-hearted, smartest violinist he’s ever been around. If there is one common thread in Jesse’s story of beautiful music, it is that of gratitude at every step of the way. Never taking anything for granted – always grateful, always humble.

His beautiful music journey started young. As a young boy, he was in the church choir, and he enjoyed playing guitar as well. In fifth grade, his school restarted a strings program. The school was providing the instruments, and he thought why not? And thus Jesse picked up the violin. His instructor introduced him to music that allowed him to relate his own culture and to classical pieces. Music tied everything together for him. Something inside him sparked, and he was never the same. His spirit was on fire and alive, fueled by a passion for beautiful music that spoke to his soul like nothing before.

That initial strings program launched his amazing adventure that eventually led him to Indiana, the CSO and to his work with the Metropolitan Youth Orchestra (MYO).

Throughout grade school, Jesse worked hard and his love for music only grew.  His high school years were spent at The North Carolina School of the Arts (now University of North Carolina School of the Arts) on scholarship. The years spent there and the world-class education received cemented his passion for a career in music and propelled him into the next phase of his life.

As Jesse shares, he has been extremely blessed in his life, and now it’s all about paying it forward. He explains that his current work, in addition his work with CSO, is one of the most gratifying things he has ever done. He spends many of his days with MYO, a youth and family development program of the Indianapolis Symphony Orchestra, designed to use life skills learned through music instruction to engage youth (age 5-18) in activities that discourage at-risk behaviors and a commitment to staying in school. Through his work with MYO, Jesse is helping at-risk youth transform their lives one musical piece at a time.

One of his favorite aspects of the program is the look in the kids’ eyes as they sit on stage and imagine themselves as whatever they want to be – the sky is the limit. Truly the program is keeping these kids creative and in a positive place in their formative years. One of the things Jesse is most proud of in regards to the program is the high school graduation rate – 99% of kids in the program graduate high school.

As Jesse puts it, he’s just a lucky guy, who’s been blessed abundantly in this life, doing his best to plant the seed for a love of beautiful music in the hearts of young talented people.