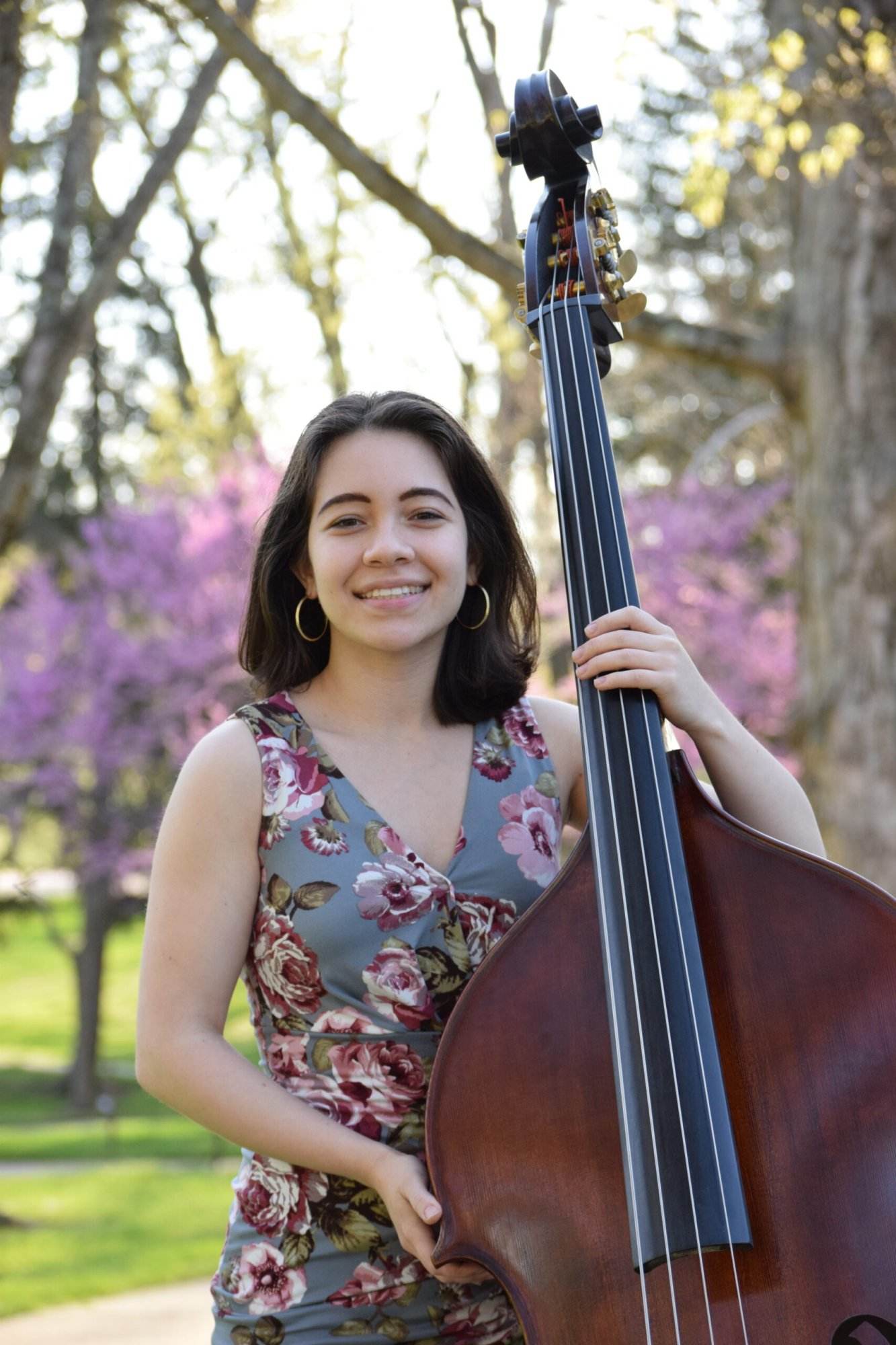 Angela Leeper began her studies on the double bass at the age of 13. She studied with Gloria Jones-Allgood (Associate Principal of Atlanta Symphony Orchestra) during her high school years as a member of the ASO Talent Development Program. She is in her third year of her Bachelor of Music Performance Degree at Indiana University in the studio of Jeffrey Turner. In addition to her music degree, Angela is obtaining double minors in Spanish and Arts Management. She has attended summer festivals such as the Heifetz International Music Institute and Boston University Tanglewood Institute. Angela has played with several professional orchestras in Indiana, including the Columbus Indiana Philharmonic, Terre Haute Symphony, Carmel Symphony, and Richmond Symphony Orchestra.