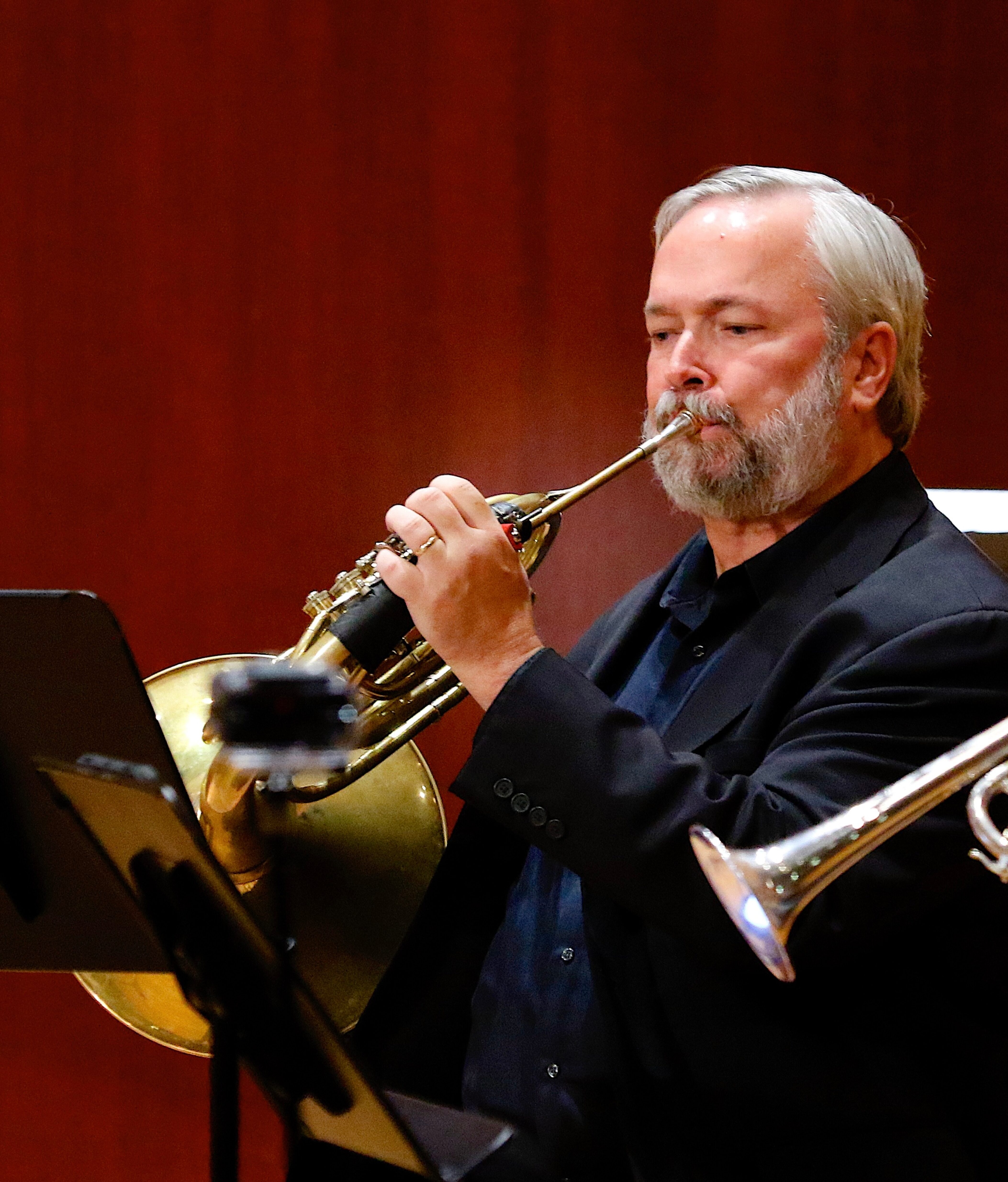 As a freelance horn player, Darin Sorley has performed with various orchestras throughout the Midwest and is the “first call” substitute with the Indianapolis Symphony Orchestra. He has been principal horn of the Richmond Symphony Orchestra since 2004 and previously served as principal with the Evansville Philharmonic.

Darin received his BME from Butler University and an MM in Horn Performance from the Cleveland Institute of Music with additional studies at Indiana University.  His teachers include Philip Farkas, Michael Hatfield, Richard Solis and Jerry Montgomery.  Darin has served as Instructor of Horn at the University of Indianapolis since 2001 and previously taught at the Universities of Evansville and Southwest Missouri State (now Missouri State University).  In his early career as a band director, Darin taught in the Delphi, Rushville and Center Grove School Corporations.

Darin has served as the Music Director of the Indianapolis Brass Choir since 2014 and previously served in the same role with the Indianapolis Chamber Winds.  As a custom horn builder and owner of Sorley Horns, LLC, (www.sorleyhorns.com) Darin has made instruments that are being played professionally in Australia, Poland, Germany and the USA.  Darin plays a Sorley Model GS1 in brass which he built the Summer of 2015.

Darin is married to Dr. Rebecca Sorley, Professor of Piano at the University of Indianapolis, and together they have three adult children; Allegra (CSO Pianist), Alex and Adam.