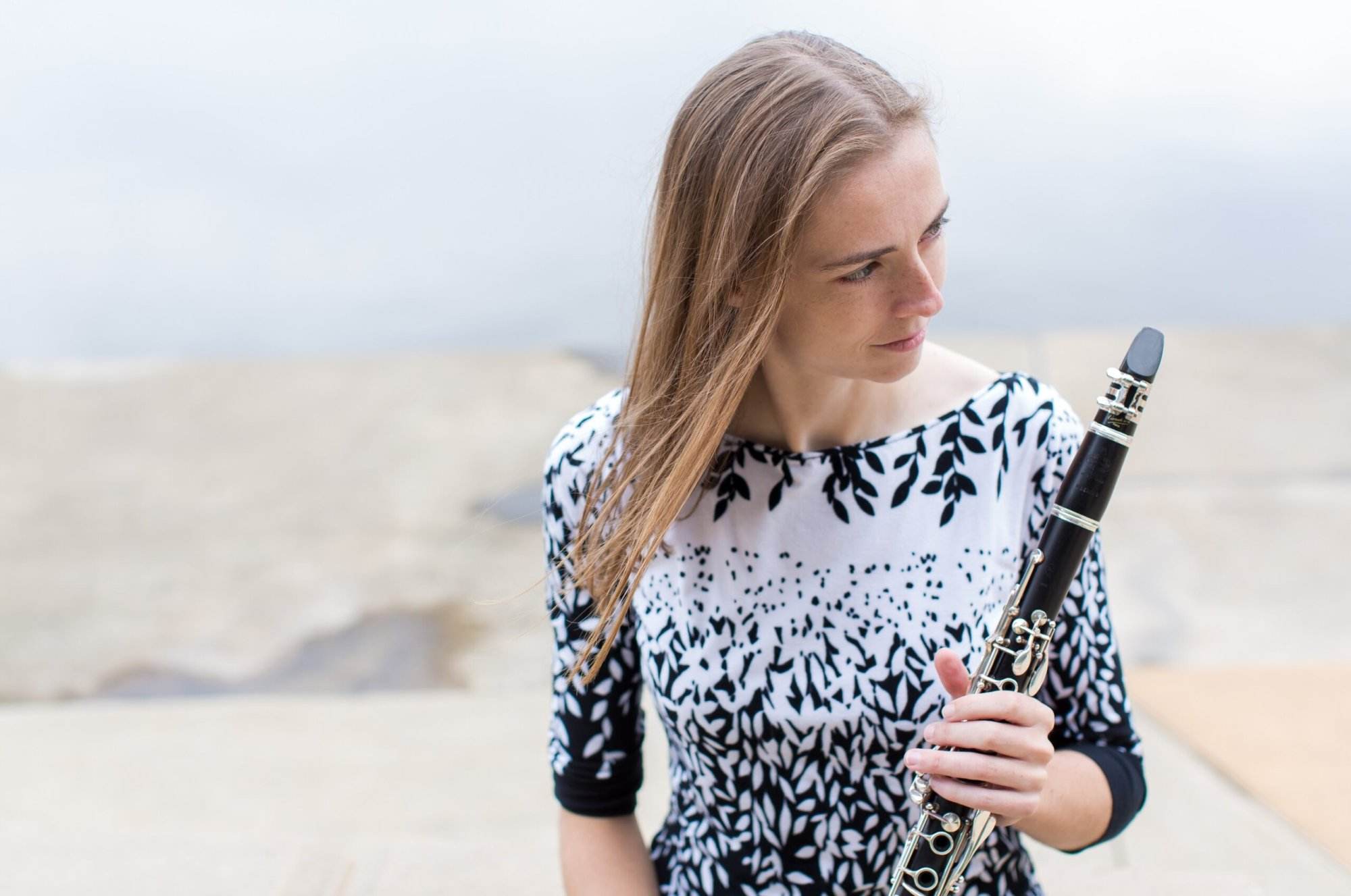 Western-Illinois native Emily Cook is a dynamic performer and educator who splits her time between Bloomington, IN and Pittsburgh, PA. She currently serves as principal clarinetist of the Carmel Symphony Orchestra and as a member of the clarinet sections of the Evansville Philharmonic, Johnstown Symphony Orchestra, and Champaign-Urbana Symphony Orchestra. In recent seasons, she has also performed with the Pittsburgh, West Virginia, Wheeling, and Terre Haute Symphony Orchestras. Emily is dedicated to performing new music and serves as the clarinetist and artistic director of Kamratōn. Kamratōn has premiered over 40 works for mixed chamber ensemble since its founding in 2015, including two of her own.
Emily received an artist diploma and a master’s degree from Duquesne University, where she studied with Ron Samuels of the Pittsburgh Symphony. Previously, Emily studied with David Bell at Lawrence University, graduating with degrees in K-12 music education and clarinet performance. She has presented research blending music theory and performance studies on the work of Kaija Saariaho at the CUNY Graduate Center and at SUNY-Buffalo.
When she’s not playing, Emily supports community development initiatives in rural Greene County, IN as the Greene County Foundation’s Community Relations Coordinator. She teaches clarinet and piano students of all ages in her private studio and previously served as band director at St. Vincent School in Bedford, IN. In her spare time, she enjoys biking, hiking, and gardening and spending time with her partner, bassist Jeffrey Turner, and two stepchildren.