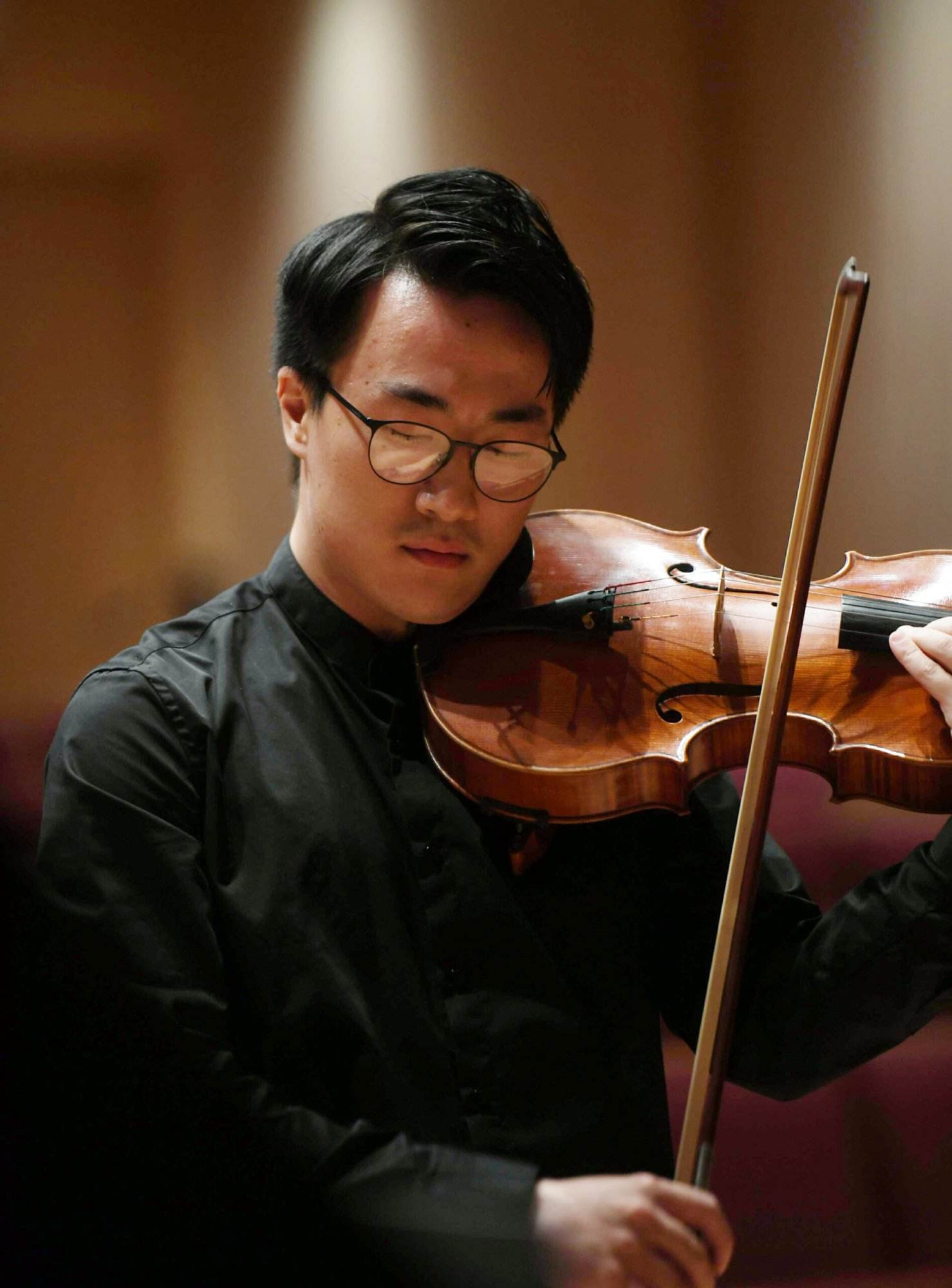 Siyu Michael Jiang was born in Shenzhen, China in 1992. At age of 5, he began his violin studies with former concertmaster of Tianjin Symphony Orchestra, Jingqi Wu. He started his viola studies at age of 15. He graduated from Shenzhen Arts School in 2013, and studied in Shanghai under the tutelage of Nian Liu (Violist of Imai Viola Quartet), which has had a great impact on his musical development. Michael graduated from CCM (College-Conservatory of Music at the University of Cincinnati), during his time at CCM, he studied with Prof. Masao Kawasaki, and Prof. Jan Grüning (Violist of Ariel Quartet). Currently, Michael is pursuing his Doctor of Music Arts degree at CCM, studying under Prof. Grüning with full scholarship from the GIA foundation, cognate in chamber music with Alexander Kazovsky (Violinist of Ariel Quartet) and Kristin Lee. Mr. Jiang is active as both a soloist and chamber musician. He has participated in music festivals. On such occasions he had the chance to gain experience in learning with internationally distinguished artists Christian Colberg, Wing Ho, Dimitri Murrath, Scott Lee, Nicolas Cords, Yura Lee etc. He has given recitals performances both nationally and internationally, including Sydney Opera House, Carnegie Hall, Shenzhen Concert Hall, Shenzhen Poly Theater, Shanghai Concert Hall, China National Center for the Performing Arts. Hangzhou Grand Theatre.