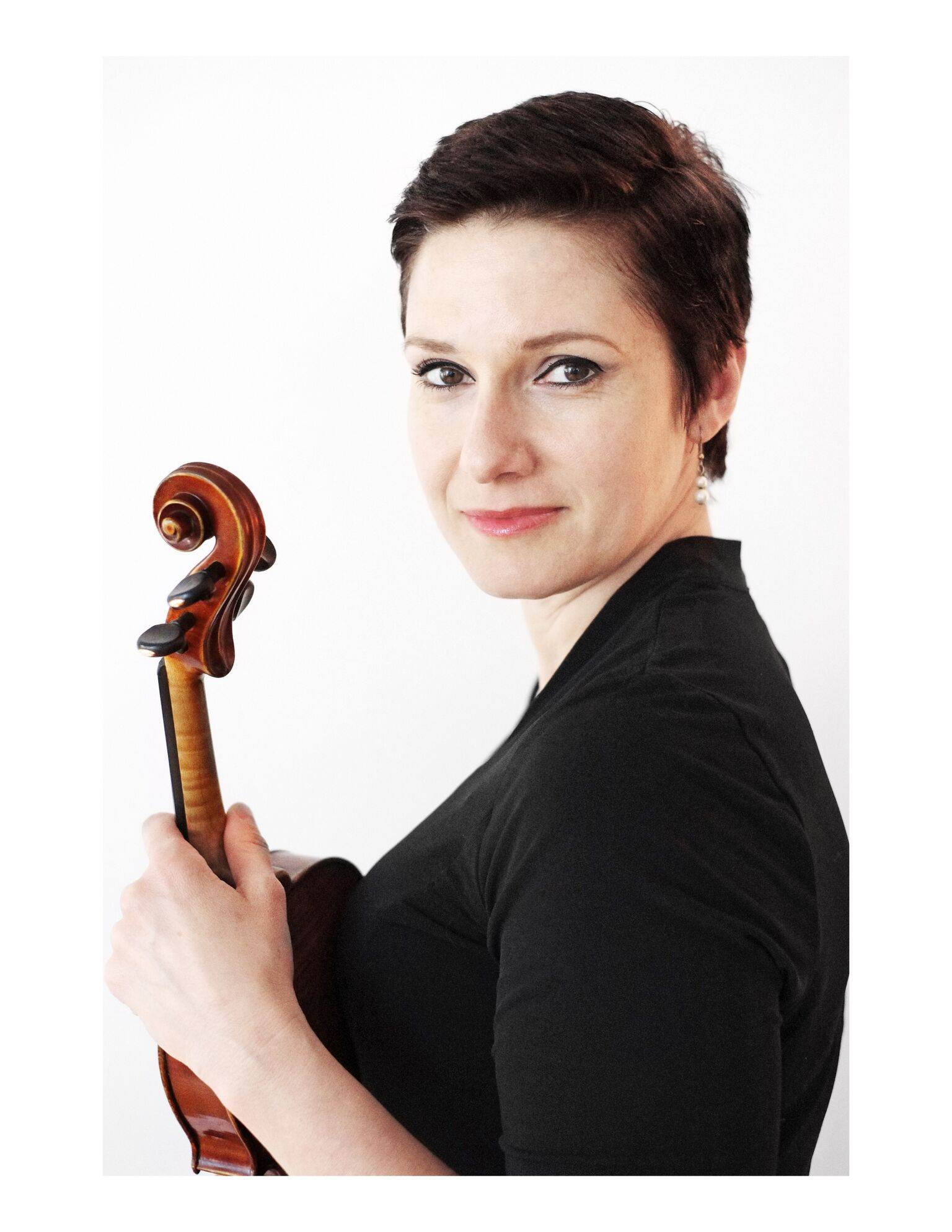 Joana Genova is co-founder and Artistic Director of Taconic Music in Manchester, VT, Assistant Professor of Violin and Director of Chamber Music Initiatives at University of Indianapolis, second violinist of The Indianapolis Quartet, and Associate Concertmaster of the Carmel Symphony Orchestra (Indiana). She began playing violin at age 6 in her native Bulgaria, made her solo debut at 12 with the Plovdiv Chamber Orchestra, and is a prizewinner of Bulgaria’s National Competition. She earned her Bachelor of Music at the Conservatory of Amsterdam and her Master’s in chamber music at the Rotterdam Conservatory in the Netherlands. Former teachers include Boyanka Shopova, Alexander Spirov, Peter Brunt, Ilya Grubert and Samuel Thaviu. In Holland, Joana was concertmaster of the Amsterdam Bach Consort and a member of Amsterdam Sinfonietta.

Since 2000, Joana has lived in the United States, maintaining an active career as a chamber musician, orchestral player, teacher and soloist. She is Artist Associate at Williams College, and a former faculty member of the Manchester Music Festival (MMF), Michael Rudiakov Music Academy, Smith College, and the Bennington Chamber Music Conference. From 2011 to 2016 Joana served as MMF’s education director, organizing outreach programs and family concerts. Orchestral positions include principal second violin of the Berkshire Symphony Orchestra, concertmaster of the Manchester Festival Orchestra, member of the Brooklyn Philharmonic, New Haven Symphony Orchestra, and others.