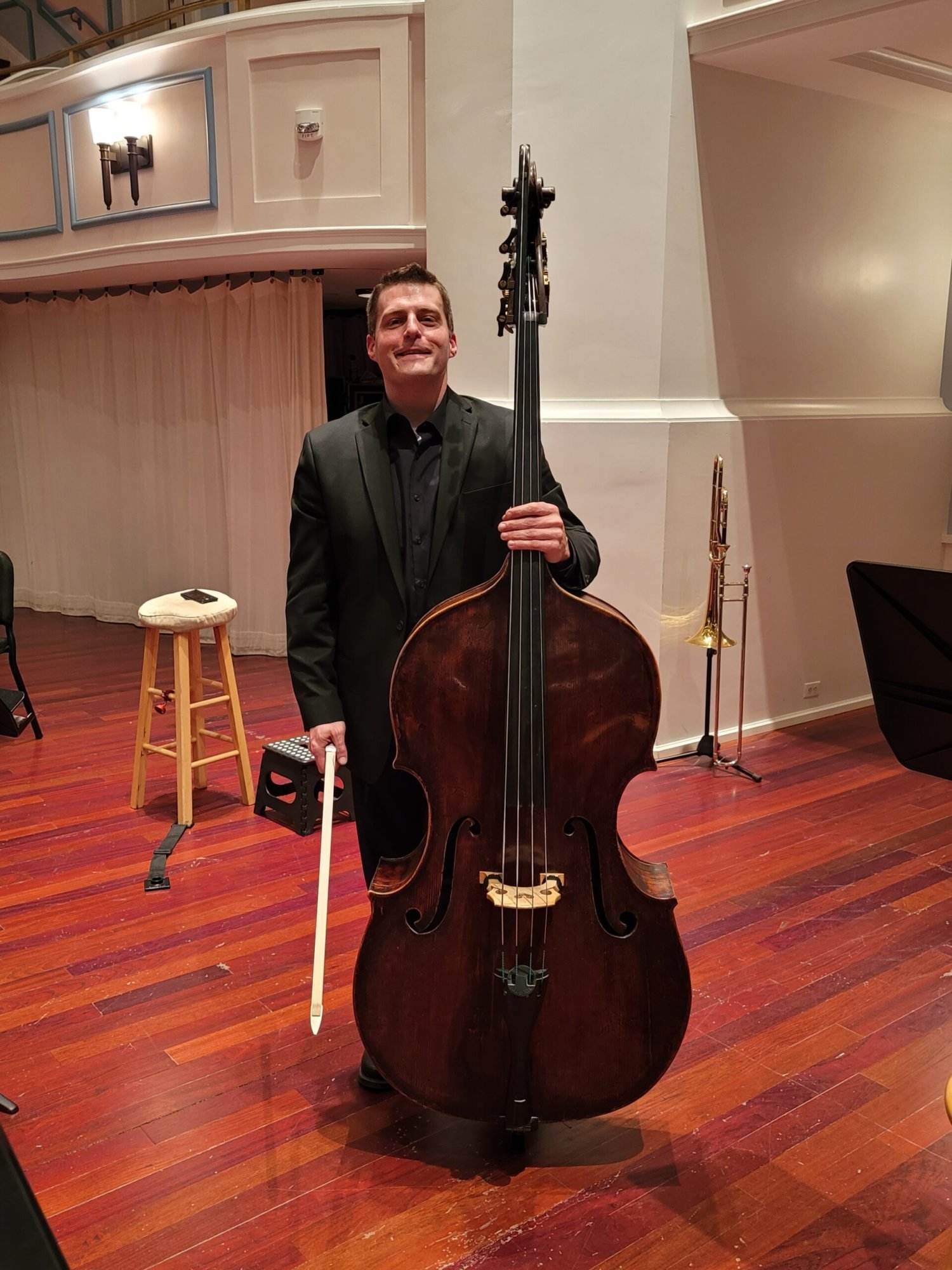 Internationally known, Joe Everett has performed multiple concerts throughout Europe and the United States. First performing at Carnegie Hall at the age of 18, Mr. Everett’s music career began only seven years before as a 6th grade violist in Indianapolis, Indiana. Joe quickly switched instruments to double bass the next year at age 12 and then began private study with Bennett Crantford of the Indianapolis Symphony as a freshman in high school. In just two years of practice Joe was accepted to the Interlochen World Youth Symphony (Assistant Principal), Indiana All-State Orchestra (Principal) and the Indianapolis Symphony Orchestra Side-by-Side (Principal). Mr. Everett has won multiple solo competitions and first appeared as a featured soloist with the New World Youth Symphony performing Paganini’s Moses Variations at only age 16. Joe Everett attended the Curtis Institute of Music, studying with Hal Robinson for four years. He studied with Stuart Sankey, Eugene Levinson and Albert Laszlo at the Aspen Music Festival for two summers on an Orchestral Fellowship. He also studied at Indiana University with Bruce Bransby and Lawrence Hurst. Joe performs regularly with the Indianapolis Symphony and Indianapolis Chamber Orchestras and is currently the principal bassist with Anderson Symphony, Lafayette Symphony and Orchestra Indiana. Mr. Everett plays on an Italian Double Bass made by Camillo Mandelli circa 1905.