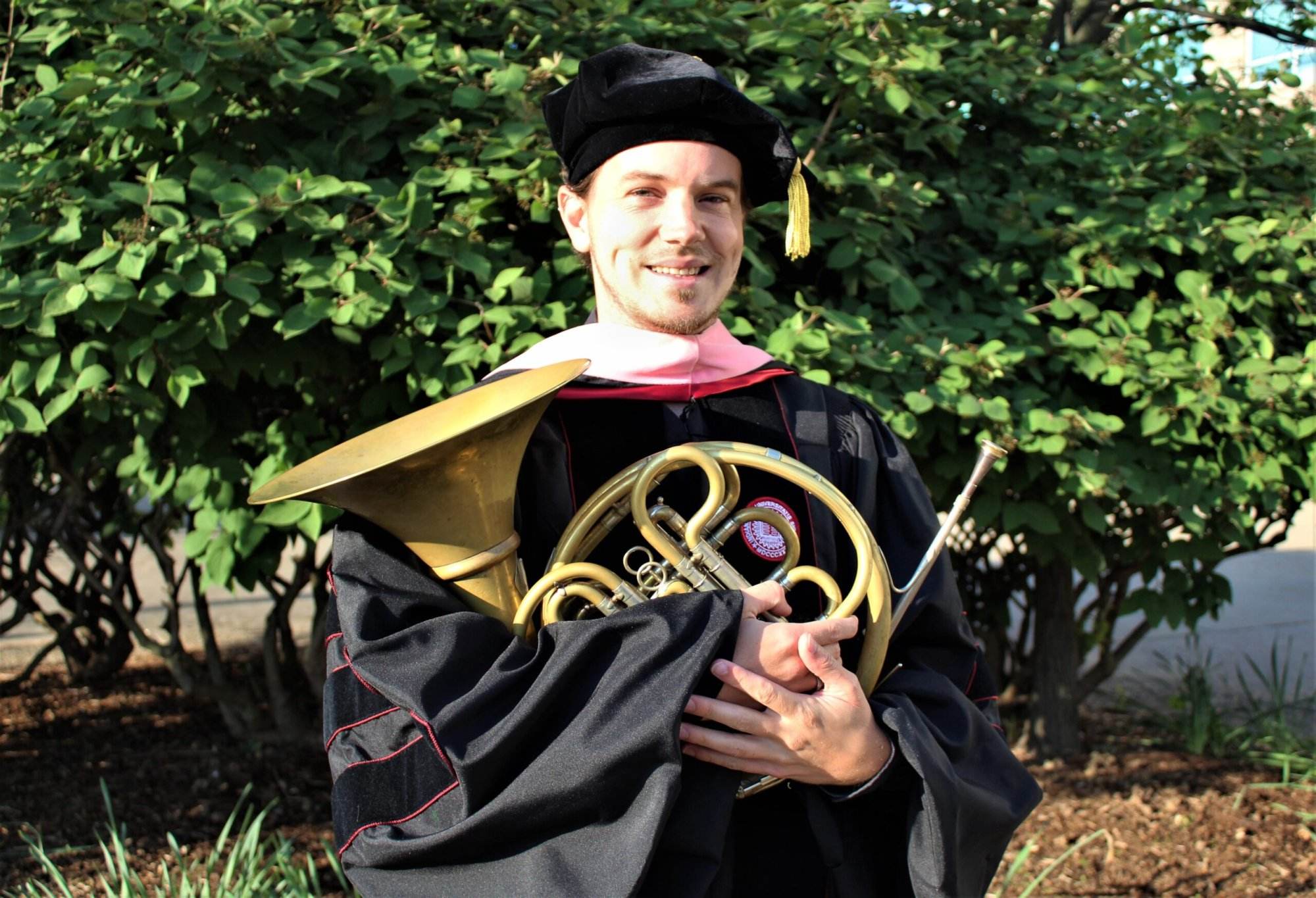 Dr. Michael Stiles is a Bloomington, Indiana based freelance performer and teacher on French horn. He received his Doctor of Music in Performance and Literature in December, 2021, with minor areas in music history and historical performance. He plays fourth horn in the Carmel Symphony and is a regular substitute musician for the orchestras in Columbus, Terra Haute, and Lafayette. He also performs on natural horn with ensembles including North Carolina Baroque Orchestra, Choral Arts Philadelphia, American Bach Soloists Academy, Oregon Bach Festival, and has appeared twice as a soloist with the IU Baroque Orchestra. For his doctoral dissertation he created a performer’s edition of Handel’s complete horn parts. As an educator he teaches private lessons for Bartholomew Consolidated School Corporation in Columbus, IN, and has previously worked as a Teaching Artist for The Philadelphia Orchestra and the El Sistema-inspired Play On, Philly. He is also the department coordinator for the Historical Performance Institute of the Jacobs School of Music at Indiana University.

Prior to moving to Indiana, he lived in Philadelphia for 5 years working as a freelance performer, educator, and arts administrator.  He played with many ensembles in the region, including The Chamber Orchestra of Philadelphia, Orchestra2001, Black Pearl Chamber Orchestra, The Pennsylvania Philharmonic, Vox Amadeus, Theatre Horizon, and the Walnut Street Theatre. His primary teachers are Jeffrey Nelsen, Richard Seraphinoff, Dale Clevenger, Denise Tryon, John David Smith, and William Scharnberg.