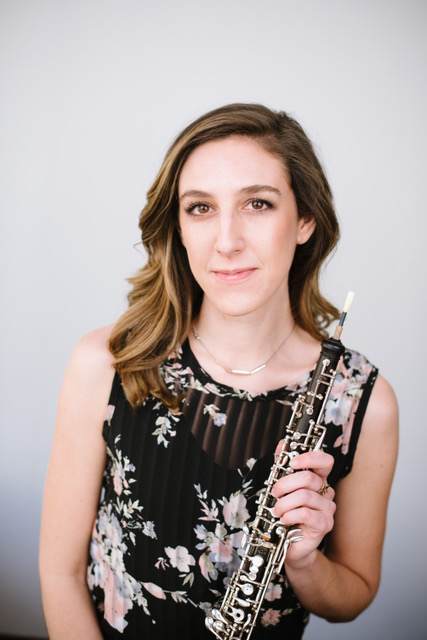 Rebecca McGuire is Principal Oboe of the Carmel Symphony Orchestra, Principal Oboe of the Terre Haute Symphony, and Oboist of the Volante Winds, a highly acclaimed wind quintet with recent performances at the American Music Festival (NC), Juneau Jazz and Classics Festival (AK), and the Jeju International Wind Ensemble Festival in South Korea.

Known for her beautifully sincere and expressive musicality, Rebecca has performed as an orchestral and chamber musician for audiences around the world. In 2018, she made her debut as an international soloist, performing Telemann’s Oboe Concerto in F minor and the Samuel Barber Canzonetta for Oboe and Strings with the Freies Kammerorchester Köln, Ensemble 07 under the direction of award-winning violinist and Baroque specialist, Stephan Schardt in Cologne, Germany.

Rebecca is the current Professor of Oboe at Western Illinois University for the 2020-2021 academic year, as well as Oboe Instructor at the Stafford Music Academy in Bloomington, Indiana. Rebecca received a Master’s degree in Oboe Performance from The University of Texas at Austin and is finishing a Doctorate in Oboe Performance at the Indiana University Jacob’s School of Music, where she studied with oboists Roger Roe of the Indianapolis Symphony, as well as former Metropolitan opera oboist and famous pedagogue Linda Strommen.