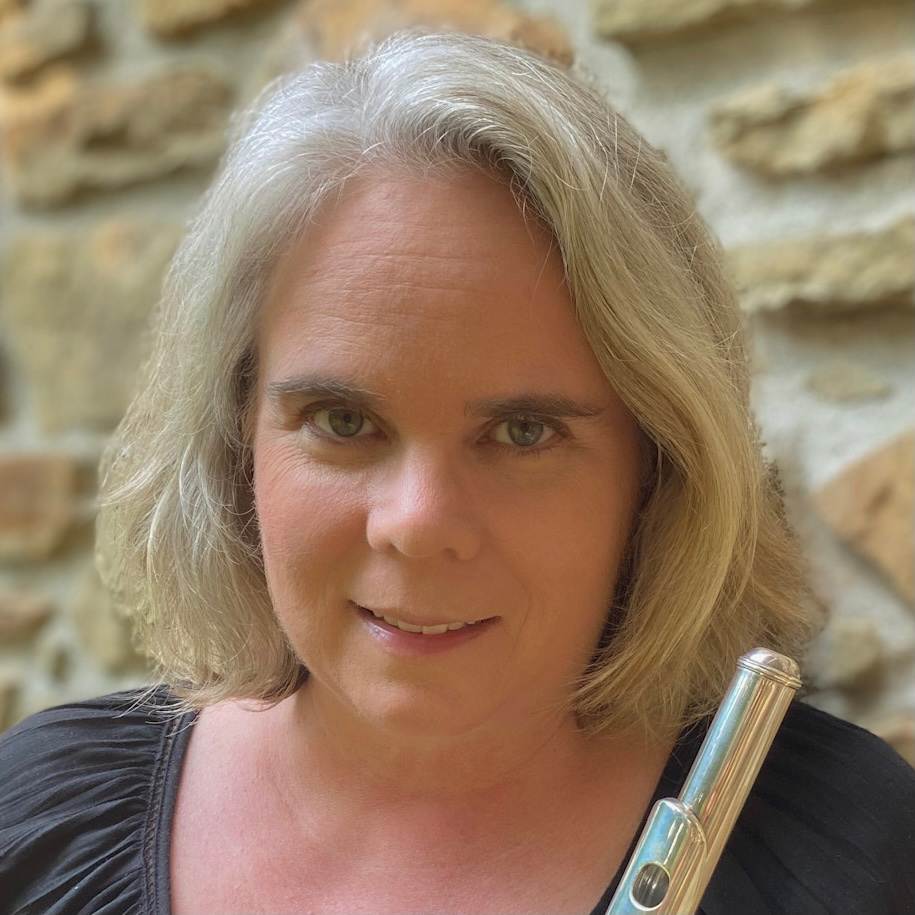 Tamara Thweatt joined the Carmel Symphony as Principal Flute in 2021. She lives in Greenwood, Indiana and is an avid birdwatcher and collector of world flutes. She has a busy schedule performing in orchestras, recording studios, churches and chamber music in the Indianapolis area. Tamara was formerly Principal Piccolo of the Los Angeles Philharmonic from 2000-2002 and has performed on flute and piccolo with the Chicago Symphony, National Symphony, Minnesota Orchestra, Detroit Symphony, Indianapolis Symphony and Indianapolis Chamber Orchestra, among others. As a soloist she has made concerto appearances with the Bach Sinfonia of Washington DC, the Pontiac Oakland Symphony in Michigan, the Charlotte NC Symphony, and the Michigan Chamber Players. As a Fulbright Scholar to England, Thweatt spent a year of intensive study in the studio of Trevor Wye and performed in Fulbright-sponsored recitals in London and Berlin.

Dr. Thweatt earned her DMA from the University of Michigan, a Master’s degree from Northwestern University and a Bachelor’s degree from Florida State University. Her principal teachers include Trevor Wye, Clement Barone, Charles Delaney, Jeffery Zook, Leone Buyse and Walfrid Kujala. Dr. Thweatt came to Indianapolis from the University of Iowa, where she was Assistant Professor of Flute from 2003 to 2006. Currently Instructor of Flute at the University of Indianapolis, Tamara teaches privately, coaches chamber music, and performs widely in concerts and recordings in Indianapolis. Dr. Thweatt is an active contemporary music flutist and has premiered numerous new works. She is also an accomplished baroque flutist, performing the major baroque repertoire on her Folkers & Powell copy of a c. 1730 Denner traverso, and also an avid Irish whistle player, frequently called on for Irish whistle solo parts in commercial recordings.