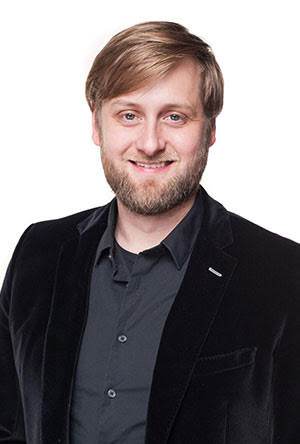 “Carmel Symphony Orchestra is absolutely thrilled to announce that Zach is joining us and bringing his energy, his warmth, his versatility and his overall musical passion to our orchestra and to our community,” stated CSO Artistic Director Janna Hymes.

DePue was a CSO guest artist earlier this year, joining the orchestra for its performance of the Vivaldi “Four Seasons.”

“I am incredibly honored and thoroughly delighted to join Carmel Symphony Orchestra as Concertmaster,” DePue said. “The CSO has a decades-long reputation of musical excellence, and I cannot wait to contribute to this nearly 50-year tradition of quality.

“Moreover, we’re going to have fun while making music, and we’re going to share that fun with our audiences at the Palladium and other venues,” he promised. “Here’s our invitation to Central Indiana music lovers to make their plans now and join us for our upcoming season!”

DePue served as Concertmaster for the Indianapolis Symphony Orchestra for over a decade, and is well known as a founding member of the ISO’s first ensemble-in-residence, the international sensation Time for Three with whom he performed for 15 years. The category-defying trio helped to introduce new audiences to the symphony experience, recorded four albums of original music and arrangements, and appeared on ABC-TVs Dancing with the Stars.

DePue is the youngest of four brothers – all violinists – who make up The DePue Brothers Band, an eclectic ensemble that blends bluegrass and classical music with elements of jazz, blues and rock. He graduated from the Curtis Institute of Music in Philadelphia where he served as Concertmaster of the Curtis Symphony Orchestra. He also is a former member of the Philadelphia Orchestra in which he performed in the first violin section for five years.

He performs on a violin made in 1846 by Giuseppe Rocca of Turin, Italy.

The Carmel Symphony Orchestra is a professional orchestra that is among resident companies of the Palladium at the Center for the Performing Arts. For information about its upcoming season, visit CarmelSymphony.org or call the CSO office at 317.844.9717. The 2021-22 season is supported by the City of Carmel, the Center for the Performing Arts, the Palladium, and Pedcor.