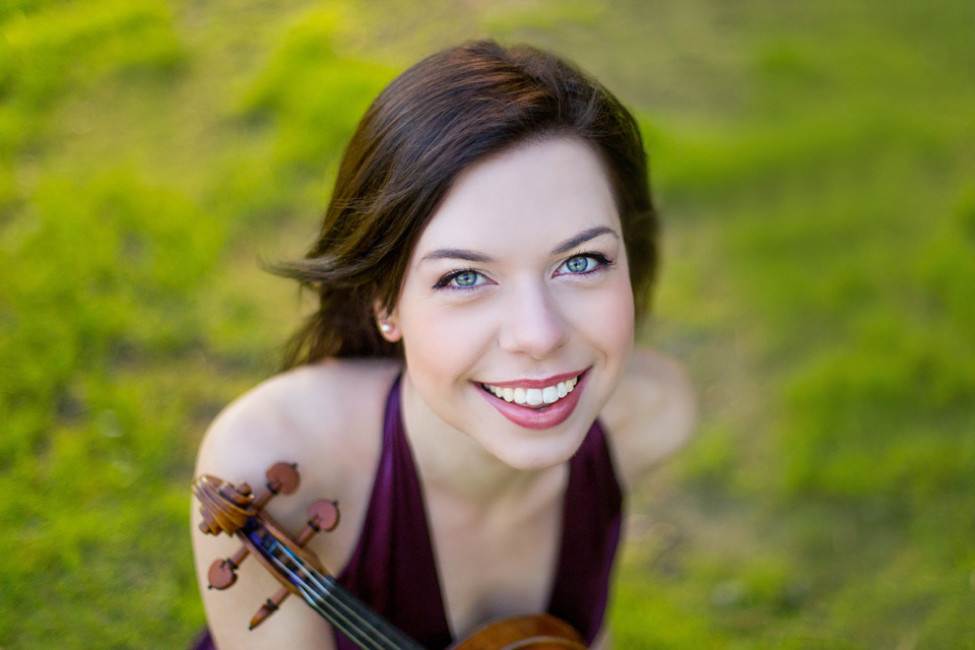 Love is in the air for the Carmel Symphony Orchestra (CSO) on Saturday, February 10 when they perform familiar melodies of Gershwin and Bernstein, and then are joined by Tessa Lark with the world premiere of “Love Letter,” a concerto written for Lark by her significant other, composer and musician Michael Thurber. The performance is scheduled for 7:30 p.m. at the Palladium, with a pre-concert conversation, “Music Matters,” at 6:45 p.m.

Recipient of a 2016 Avery Fisher Career Grant, Silver Medalist in the 9th Quadrennial International Violin Competition of Indianapolis, and winner of the 2012 Naumburg International Violin Competition, Tessa Lark has been called one of the most captivating artistic voices of our time. She is praised consistently by critics and audiences for her astounding range of sounds, technical agility, captivating interpretations, and multi-genre programming and performance.

According to Thurber, a Hoosier native from LaPorte, “Love Letter” consists of four movements and embodies his admiration for Lark as both a musician and human being. “Each movement is a tone poem that depicts different sides of Tessa’s personality and musicianship,” writes Thurber about the composition.

Music Director Janna Hymes says the program is a true “crowd pleaser” with Thurber’s work as well as popular pieces like “Girl Crazy,” one of the Gershwin brothers’ most successful collaborations. The audience will recognize Gershwin hits “Embraceable You,” “But Not for Me” and “I Got Rhythm” in the overture followed by Bernstein’s Three Dance Episodes from “On the Town.” This year marks Bernstein’s 100th birthday. Music Director Janna Hymes studied with him at Tanglewood Music Center, so special stories are undoubtedly in store during the pre-concert discussion, Music Matters! In addition, the Great American Songbook Gallery (located on the Gallery Level of the Palladium) will open at 6:30 p.m. for the hour prior to the concert.

Following intermission, the CSO performs Variations on “America,” written in 1892 when composer Charles Ives was just 17 years old. The piece gained popularity after it was orchestrated by composer William Schuman in1962. Howard Hanson’s Symphony No 2 in D-flat Major, Op. 30 “Romantic” concludes the evening with “heart-wrenching melodies,” according to Maestro Hymes. “I hope you’ll agree that this concert is a perfect prelude to Valentine’s Day!”

Save up to 40% with the CSO’s “Buy More, Save More” promotional discount when purchasing tickets for February 10 plus the last two performances of the season (March 10 and April 14). Use promo code “CSOSAVE” when ordering tickets via TheCenterPresents.org or by calling the Center’s Box Office at 317.843.3800. Discounts for students are also available: the $5 YouthPASS for High School and younger and the $10 CollegePASS. For more information, visit CarmelSymphony.org.